SIG approached us to project manage the opening up of a new commercial office in London Paddington, to act as a European headquarter, easily accessible via Kings Cross St Pancreas station.

The project included the fit-out of existing CAT A office to create a reception area, open plan desk space, 5 private meeting rooms, 1 large meeting room, 2 smaller meeting rooms including a folding wall, a board room and break out areas with tea points

Office reconfiguration of air conditioning units meant that water testing had to be performed before and after the units were moved, to make sure no harmful bacteria had been introduced. The system was flushed with chemicals for 30 days in line with BISRA standards. 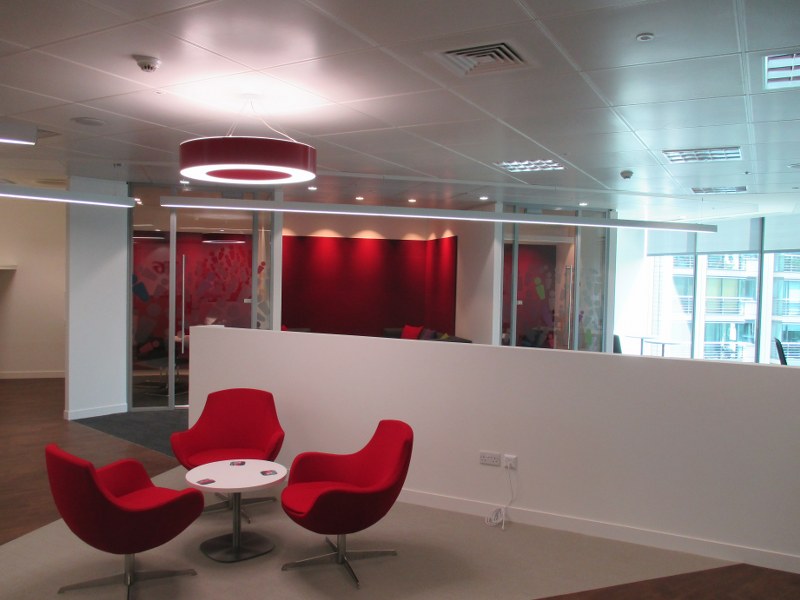